The unavoidable laws that governs indiscriminately.  Often confused with time but time is actually just used to measure it.  I speak of... 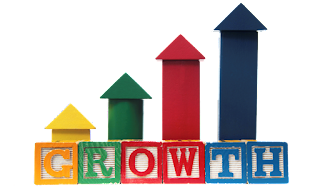 It is constantly happening whether we promote it or not.  And that is precisely the unique thing about the laws that govern growth - We can take actions that directly stimulate or hinder them, but regardless, growth will happen.  The reason for this is because there isn't actually a single law the governs growth but nearly a infinitesimal array of them so we never know exactly what the effect of our actions will be.  I want to discuss a few of these laws and see if we can make some never before seen connections. 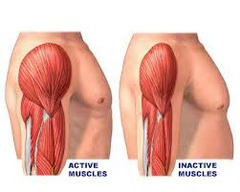 One law of growth is that of use and disuse.  The more you use something like a muscle, the bigger it grows. The less you use something like your brain, the weaker it gets.  This law is especially interesting when taken to a wider spectrum of thought.  Imagine you closed your eyes and stopped using them throughout your daily life.  Life would be considerably difficult without the aid of sight which you have become dependent on.  If you continued doing this for years your eyes would physically deteriorate, you would stunt the physical growth of your eyes until they became completely useless even if opened once again.  But at the same time you hindered the growth of one object, you would inadvertently aid in the growth of another.  In this case it would be your other senses.  They would have to compensate for the role your eyes had and in so become stronger.  You would soon be able to gauge the distance of objects by the time it took for sounds you made to bounce off your surroundings and return to your ears.  You would be able to judge the physical occupants of a room by feeling the density of the air on your skin.  You would be able to recognize different people by the scent they emitted.  To witness a blind person navigate a room of randomly placed objects without a single accident would marvel anyone but the reality is that the possibility of this is dependent majorly to the law of use and disuse (in conjunction with the growth of everything correlated with developing our other senses to compensate for the lack of sight).

There is another law of growth that I hope will somehow shed fresh light on our current existence as humans.  The official name is the law of necessity and variability, but I like to call it the law of the 1's and 5's.  It says that when things cease being necessary for our growth, they begin to vary.  Now necessary in this context means singular; in other words the lack thereof would result in our demise, physical and/or mental.  To illustrate - is the color of our eyes necessary for our growth?  Of course not.  Someone born with blue eyes does not immediately die (unless possibly he were born within a tribe of all black eyed people who were completely unaware of the possibility of variant eye color.  Then he could be slain for something similar to witchcraft during early European times or possession by some demon.  In that case eye color would be the necessary thing for your growth and therefore variant of it would hinder your growth by death.  But alas I have dabbled in necessity from a cultural perspective which is important but not within the scope of this article)  Eyes can continue to serve their purpose whether they are blue, green or black.  Now under this law the fact that eyes vary in color means that eye color is not necessary for our growth - offuckincourse.  But lets take it a step further and look at why we have eyes, or any other sense for the matter.  To avoid too much theoretical dwadling I will simple state that the 5 senses are used to interpret our physical environment. 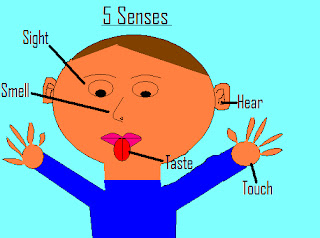 Notice the number 5?  5 entails variation which also under our law denotes the LACK of singularity, which means that the interpretation of our physical world is not necessary for our growth either.  This is where this law starts to get difficult......but by no means does it lose integrity.  As my Korean co-teacher often puts it we just have to clear up some "stuffs".  If you remember, the law states that variability denotes the lack of necessity of said object for our growth.  It doesn't state the cessation of it.    Although it doesn't matter with which sense we use to interpret this world to grow, this doesn't say interpretation of the world is NOT necessary for our growth, just that it's necessity is not as important as it might have been in times past and that there might be something that is on a higher plane of importance for our growth.  How would we know what this thing is?  Just look for the number 1.  If something is of the utmost importance for our growth, under this law, it means that this thing is singular; there is only 1 way - no variations.  Any other possible way would inevitably end in evolutionary death for all who follow it.  If at any moment there are variant ways of growing that end with the same result, those ways are no longer singular and of the utmost importance for us.

I feel another illustration is overdue.

We are no longer humans but blobs of goo rolling down a path.  We are moving because transportation had become singular to our survival and rolling was the most advantageous for us with respect to our environment.  (Let's just say we lived on a giant treadmill.)  Suddenly we approach a wall. (ok, lets stop the treadmill idea, too confusing)  While movement still remains to be of singular importance as we want to traverse this wall, rolling clearly does not aid us in this endeavor.   Variation ensues.  We all attempt different ways to traverse the wall.  Some of us develop legs to jump, arms to climb, wings to fly etc.  Rolling loses it's spot as #1 as an army of variations battle to take it's place.  This period is what I call time to weed.  Variations pop up like weeds, all trying to come out as the best for their circumstance but as time passes each one is slowly weeded out until only one stands.  What determines which variation remains?  A question we know how to answer but will never know the answer.  We know whatever lies beyond the wall is what determines which variation survives and which ones dies, but we will never know what lies beyond the wall because it takes generations of variations to get over it.  The final variant that comes out as the new #1 isn't the initial variant that began at the bottom but the great great great great great hella great variant of it.  Unless some creature kept detailed records of history, the 2 variants would never know of each other's existence.

The flower that survived the weeds repopulates the land beyond the wall; all it's posterity sharing what gave it it's unique edge and singularity returns.  Rinse and repeat.

If you try to picture this entire process on a richtar scale it would look like a fat line that periodically bottle-necked.  The bottle-necking representing the periods when the influx of variations were weeded out and the one stood victorious.

Another thing would share the same pattern if measured on a richtar scale - our lives.  We all begin our lives as one cell, then we have a huge influx of physical growth until we move on into the next generation through sexual reproduction, as one cell.


The fact that this pattern of 5's bottle-necking into 1's is shared across various life systems means there must be something advantageous about it.

I have my ideas, what about you?
Posted by curiousity at 9:21 AM