I guess my brain has married two distinct mental states for how I drink certain liquids..........hehehehehe.....I am already retrospectively laughing at this last sentence as if I wrote it 2 years ago when I was young, dumb, and full of come. 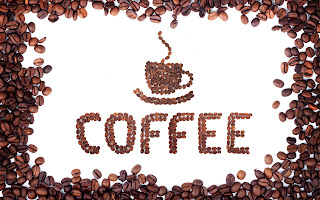 I drank a cup of coffee at my favorite local in a town called Hongdae where there are plenty of people who are in fact young, dumb, and MADE of come.  The reason this coffee house is located in Hongdae has always eluded me.  I have put much thought into the possiblilities.  It is one of only two coffee houses of it's kind in all of Korea.  This is because it is unique; so unique that people from all over Korea come to it.  The owner of it actually has a passion for coffee.  I know this because he told me.  He personally goes to the countries from which he imports his coffee and communicates with the people there.  He spends his whole life swimming in coffee, not money.  So of course you can taste his sweat in the coffee they serve you and it makes a huge difference from the cup of Jo you would get from the corner cookie cut shop.  Yet he chooses to have his shop in Hongdae - A place inhabited by palates who couldn't differentiate a cup of quality coffee from quality dirt.  I could open up a shop that advertised home grown, down to earth coffee and serve my customers actual earth - and I'd still have success.  If there were a town where you wanted to face smash every persons cup of coffee in the name of Louis C.K. - Hongdae is that place.

So I drank a cup of yummy coffee at this beautiful establishment.  It was in the utmost pretty of china sets - blue circles laced with curvy purple lines cradled by a golden ear.  My goodness I love that place.  Such attention to detail!!!!  A cup of coffee in a teacup that makes Queen Eliz look like a two-dollar whore tastes much better than the same coffee in some paper putter piece of poop and I hope your taste buds start a mutiny if you think otherwise.  They deserve better.

So I drank this cup of coffee at this establishment that I love.  It was siphon served.  Yea.  I bet you have no idea what I'm talking about.  That is exactly my point.  Siphon is one of the many alternative ways to prepare coffee you might discover if you actually enjoyed coffee for it's robust flavor and complex texture; not just for it's chemical affect on your mind and the social culture that has sprouted around it.  See, the flavor of coffee is so complex with so many factors that go into it even before it has been brewed.  From the intimate relationship it has with it's geographic location to it's method of roasting.  It all affects how the flavor matures.  And even then once you have the beans ready to be ground, and drank, you still have options of preparing the grounds that can enhance certain parts of the flavors already instilled into it from nature.

So I was drinking this cup of siphoned coffee in this adorably royal china set from some country (I don't know where.  I actually don't care.  I only drink coffee because it makes me look sophisticated)  and I had the weirdest of experiences.  I like me coffee bitter and black like a dead man in the 1920's and so when I get down to the last couple swigs; when I get dirty with the dregs it usually packs an extra bitter punch.  I like it that way with my coffee, women etc.  This time as I took my last punch I was hit with something new but old; something that caught me completely off guard.  My face reacted with a cringe typical to when I down a shot of...........tequila.  In fact in that instant, my brain was telling me exactly that.  I was drinking tequila.  Ignoring all the chemical and organic proof that I was actually drinking coffee, I was so mentally convinced that what I just drank was tequila that I almost jumped up out of my seat and screamed "LET"S PARTY!!!!!!!!"

Now the only explanation for this that I can think of is that somehow in that moment my brain got confused.  There are very few drinks that trigger similar reactions in my brain and I guess hard liqueurs and strong bitter drinks seem to share the same hot spots in my brain.

My brain belied it's primitive origin for what was just a millisecond but just long enough for my other brain to catch the slip.


The sex of a fetus is determined after the first 6 weeks of it's development in the placenta.  Simply put, according the the most conclusive studies so far performed if the embryo should develop into a male the corresponding steps begin after 6 weeks inside the placenta.  If at this time no steps towards maleness occur, female is the objective sex of the fetus.

So, our sex appears to be a question of timing.

In cattle there have been cases in which twins are born and one of the them is a male and the other is a female and male. (Cherfas, Gribbin - The Redundant Male, pg 51 - 52)  Basically a hermaphrodite calf.  The explanation is simple and it makes me wonder a very interesting thing.  Since maleness is expressed before femaleness, sometimes in the case of twins, the hormones of a male twin invade the placenta of the female twin and cause it to develop male characteristics.  Here is where I think timing plays an interesting factor.  What if there is a direct correlation between the amount of time an X/Y chromosome  is tardy in enacting its sex-defining agents to how drastic the opposing sexual features are shown in the finished body of the organism.

roll with me.  I am a fetus inside a placenta.  I am still in the pre-6-week period before my sex is defined but let's say I am to become a male.  The 6 week period comes and my Y chromosome is supposed to kick in and start making my a male but WHAT!!!  it doesn't.  It just chills from some kind of genetic miscommunication.  Well since genes can't directly communicate to each other there is no way the Mrs. X chromosome would ever know that Mr. Y is derping right?  All it knows is that Y isn't doing it's thing so it views the dormancy as a sign that it should jump in and make the fetus a female.  This isn't too much to imagine right?  But if you remember I am supposed to become a male meaning Mr. Y still has a job to do.  Suddenly Mr Y wakes up.  "WOH!!  Slow down baby!!!  this fetus is a male, step aside as I assess the damage!!!"  Now here is the crucial part.  Depending on how long, the literal amount of time Mrs. X  had with the hormonal manipulation of the fetus before Mr. Y takes control of the helm, the eventual human the fetus develops into could be anywhere from an feminine male to a homosexual male to a hermaphrodite male.

My logic (which is incredibly impudent on this particular subject) says that the lesser amount of time would result in a male true to every physiological sense of the word, but with a personality that is more feminine.  Then as the time expands the psychological effect of the male worsens until he actually becomes a women in a male body with all the penal desires that come with her.  If time prolongs even more Mrs. X might finish her work on the mind and starts to actually change the physical make up of the body by giving it female genitalia etc.

Now here are some problems I immediately see with my theory.

1st - I am assuming Mrs. X starts to work on the genes that develop the mind first, and then the body.   This is incredibly rash.  It is more possible that there is no set path.  The X chromosome goes to work on the genes responsible for sex development in a random fashion which could be a reason for such a diverse array of interpersonal sexual confusion when there is a chronological miscommunication.